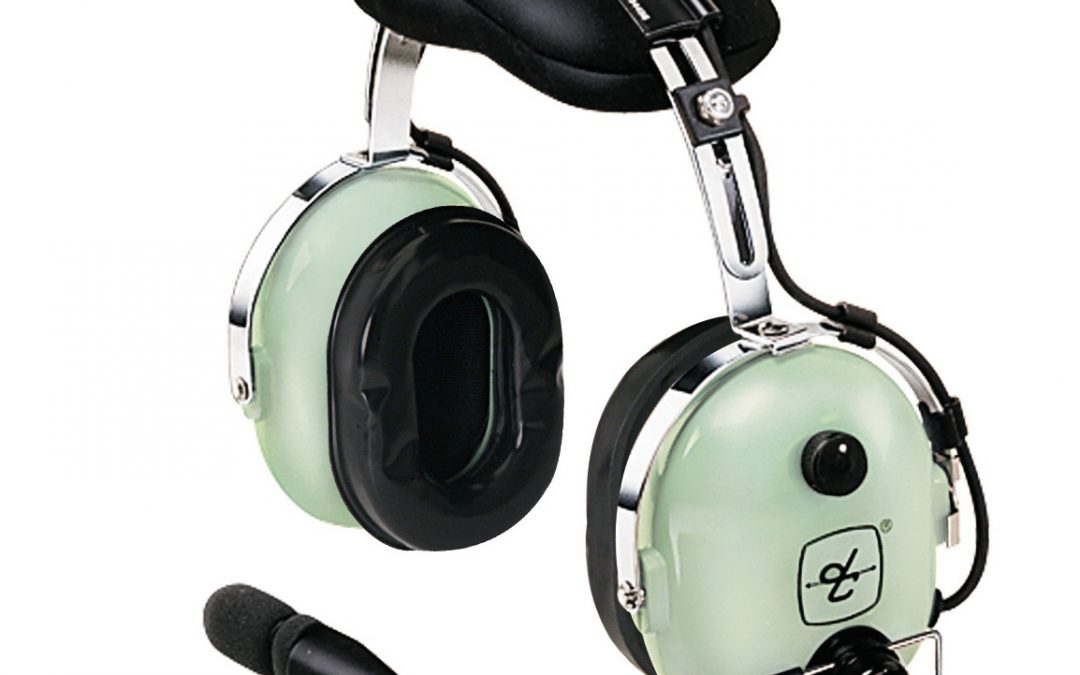 The David Clark H10 series of passive aviation headsets is perhaps the most famous headphone model ever built. Almost every pilot I’ve met has a close relative who got into aviation back wearing a pair of David Clarks. In this article, we’ll take a look at the different variants of the David Clark H10 and help you decide if they are for you. The David Clark H10 headset comes in several different models, which we will discuss later. All models share the following features:

The design aesthetic of the David Clark H10 is timeless. It consists of two earcups connected to each other by a steal band that is slightly too narrow for your head – providing clamping pressure which allows the earcups to make a good seal with your head and giving good passive noise attenuation. A thick foam pad is placed at the top of the steel band to improve comfort. The earcups are attached to each other by a thick, strong wire running along the band and one earcup has a microphone boom protruding from it. Headset volume is adjustable from a control on the side of the headset.

The clamping pressure that gives the David Clark H10 headset its noise attenuation also delivers it’s greatest problem – long term comfort. Flying with these on your head for trips longer than a few hours can be extremely uncomfortable for some people. Having done many long flights wearing David Clark headsets, I can attest that while the experience isn’t outwardly painful, I always feel relieved to take the headset off at the end of the flight. I don’t get this same feeling with most other headsets – even other passive ones.

The “comfort gel” that David Clark uses for the ear seals is a “like it or hate it” item. Some pilots I met swear by it – it may even be the only reason they are still flying with H10s. Personally, I find it nice until the cockpit temperatures get hot. It does not wick sweat away and can get pretty uncomfortable in the dog days of summer. At the same time some people are probably not comfortable with the thought of their headset absorbing all their sweat – to each their own. I do believe that this type of ear seal is more durable than the leather-covered foam that most other headsets use.

One aspect of the H10 headset that I believe David Clark screwed up on is by simply offering too many models. When choosing a H10, you’re forced to choose whether or not you want stereo audio, a high quality microphone, a locking mic boom, and other seemingly minor features that really shouldn’t be an option. We think it would be much better if David Clark simply packaged all these features together, reduced the SKU-count and offered a single H10 model at a price discount.

So what are the differences between the models? Here is how the models differentiate from one another: Our recommendation is that, unless you want the swappable cords, you go with the H10-13.4S. This model is most comparable with other passive headsets on the market and has all the features you will ever want.

It’s hard to go wrong with the David Clark H10 – simply because they are not that expensive and package in a lot of great engineering, durability and customer support from one of the oldest names in the headset business. Make no mistake, though – this is a no-frills item. It will allow you to talk to ATC and your plane’s passenger and little else.

We will make one suggestion – consider picking up a H10 from eBay. There are a ton available on there for incredible prices. This is a great way to take advantage of the legendary durability of these headsets to save money.